All of these were seen at our September 2017 SPARKCon tables at the GeekSPARK event. 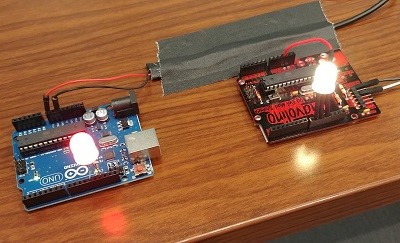 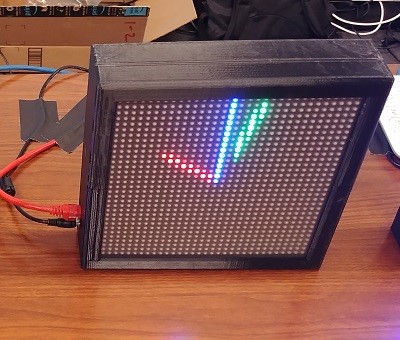 1k Display - Featuring a 32x32 RGB LED panel, the 1k Display is RasPi controlled and housed in a custom-3D-printed case with a partially opaque cover to ‘soften’ the LEDs. Animations, GIF image display, and networked control are made possible by our BiblioPixel Python library. More info at: http://maniacallabs.com/2016/06/28/jumbo1k-32x32-led-networked-display/ 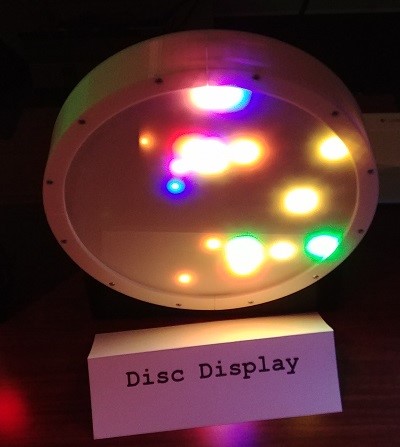 Disc Display - Square displays are neat, but what about circles! This display features the Adafruit Dotstar RGB LED Disc, also in a custom-printed case, with a frosted white diffuser on top. The 255 APA102 LEDs can put out some serious color, and are controlled by our BiblioPixel Python library. 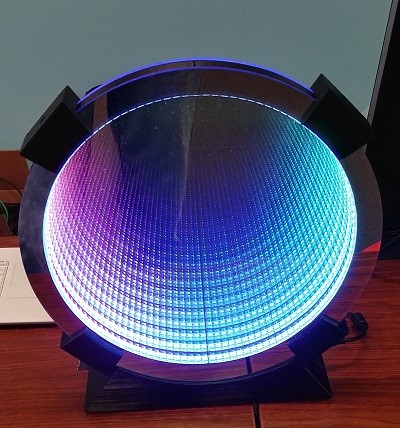 Infinity Mirror - Another circular display, but with a twist. The ‘infinity mirror’ concept relies on a series of lights sandwiched between a full mirror on the back and a partial mirror on the front. Our version uses a strip of 144 LED/meter RGB LEDs, a custom-printed case, and a RasPi running our BiblioPixel Python library. 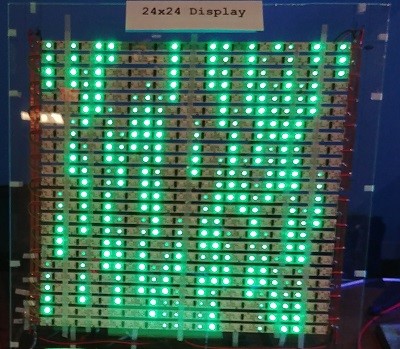 24 x 24 Display - One of Adam’s first matrix displays lives again! First featured at the 2014 NC Maker Faire, this display uses 24 strips of 24 LPD8806 LEDs. The strips are carefully stuck between pieces of acrylic and attached to copper tape ‘bus bars.’ A beefy 5V supply powers this display, and control is provided by a RasPi running our BiblioPixel Python library. The original build log can be found here: http://maniacallabs.com/2014/08/19/24x24-led-matrix-build/ 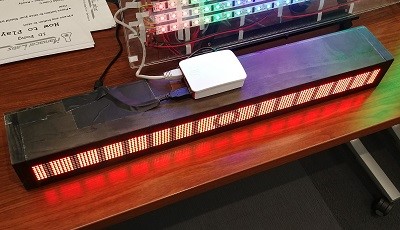 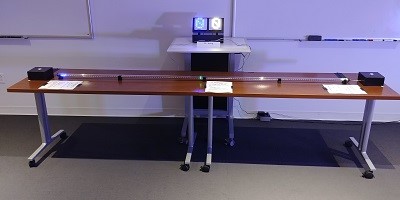 1D Pong - And now for something interactive! Challenge your friends to a game of 1-Dimensional Electronic Table Tennis with this Arduino project built for SparkCon 2107. An 8ft strip of LEDs serves as the playing field, with two WyoLum TinyTiM panels for the scoreboard. All of this is controlled by a Teensy 3.2 microcontroller. 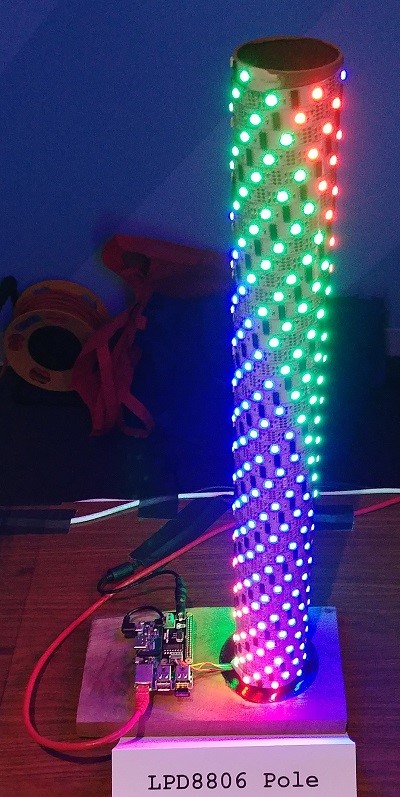 LPD8806 Pole - What happens when you have leftover RGD LED strips and you find a cardboard mailing tube? You make an Art! This ‘display’ uses 10 meters of LPD8806 LEDs and a RasPi with our PiPixel HAT for easy LED hook-up and powering. More Info at: http://maniacallabs.com/2017/08/14/introducing-the-pipixel-raspberry-pi-digital-leds-simplified/ 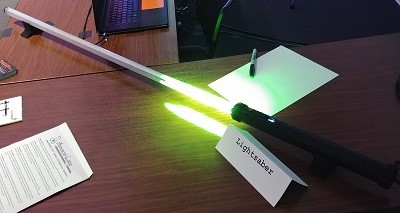 Lightsaber - A long-awaited project finally complete! This masterpiece of 3D printing and electronics uses 3 strips of 144/m RGB LEDs, a beautiful custom-printed hilt, and a frosted polycarbonate tube to create certainly the most colorful lightsaber ever seen. A Teensy 3.6 controls the LEDs, and everything is powered with a pair of 18650 Li-ion batteries for maximum portability.

Super7Segment - A sneak peek at a new Maniacal Labs kit! One 7-segment digit not enough? Try twelve! It does numbers with ease, and even text! Each module is controlled with basic serial commands and can be driven by device with a serial port. In addition, the modules can be chained together for an even bigger display! Video here: https://www.youtube.com/watch?v=O1-BhcnRso8 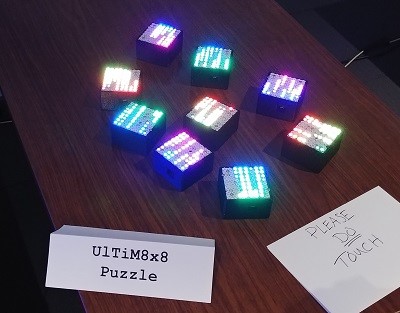 UlTiM8x8 Puzzle - The UlTim8x8 modular LED panel is a collaboration between WyoLum and Maniacal Labs. This tiny 8x8 RGB LED display is featured in this project as the face of each puzzle ‘piece.’ An Adafruit Feather HUZZAH with the ESP8266 module is used for for wireless control and battery power/charging.